Please consider registering for this year's Human Trafficking Conference that UNC Pembroke is offering on Wednesday, March 23rd, from 9 a.m. to 12 p.m. on human trafficking. Judi Paparozzi was able to gather some of the country's top experts on trafficking including the greatest pro-life congressman, Congressman Chris Smith, who wrote and sponsored the first federal legislation on this crime back in 2000. He has since authored/sponsored the five major federal laws on human trafficking including the International Megan's Law and the Frederick Douglass Trafficking Victims Prevention and Protection Reauthorization Act. He will give opening remarks, and we will then have a speaker on what NC is doing to address this crime, experts in law enforcement, a survivor of sex trafficking, and others who work to interdict this crime.

The conference is free and open to the public, and even if you don't have three hours, you can catch one of these amazing experts who are dedicated to fighting this terrible crime. Barbara Amaya survived sex trafficking in NYC; her story is riveting.
The other speaker who is a great pro-lifer, a Catholic, and father of six is Bill Woolf. President Trump awarded Bill the Presidential Medal for Extraordinary Efforts to Combat Trafficking in Persons.
Even if you cannot attend during those hours, if you register, you will get the recording afterwards.
UNCP 2022 final Human Trafficking Flyer

The event will include a speech by the president of NC Right to Life, Dr. Bill Pincus. At the conclusion of the speech, the prayer warriors will then march in the park. 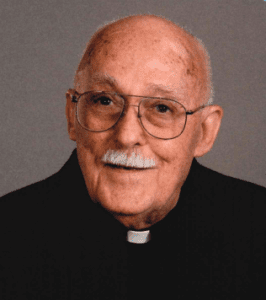 Rev. Joseph Douglas Lawson
Pastor Emeritus
SH Pastor 1997 - Retired 2005
Born August 31, 1933 - Died January 14, 2022 (88 YO)
Fr. Doug was the fourth of his parents' seven children. He is survived by brothers, Dr. John W. Lawson of Clemson, SC, and Mark E. Lawson of Ashville, NC, and his sister, Delores Lawson Harris of California.
Fr. Doug was predeceased by his parents, Thomas J. Lawson and Gladys Burnette (Wilson) Lawson, two brothers, Rev. Robert Lawson (known by many of our parishioners) and Dr. Thomas Lawson, and a sister, Marie Lawson Jernigan.
Their very proud father was known to have said, "I have three sons who can put people to sleep - two priests and a nurse-anesthetist!"
Father Doug Lawson began his 43-year pastoral career at the age of 16 when he entered the Franciscan seminary in NY. At the end of his novitiate year, he took his vows and became a member of the Franciscan order. He was ordained to the priesthood in 1962. Fr. Doug's vocation led him to many missions and assignments including: four years in Brazil as a missionary, returning to Iona College to receive his M.S.Ed in counseling; Mission Procurator in Union City, NJ; Chaplin at St. Francis Medical Center; Civilian Chaplin at Hancock AFB, New York; and the US Army. Father Doug retired from the army in 1995 after 21 years of service. He left the Franciscan order in order to join the Diocese of Raleigh and return to his NC roots. He was assigned as Pastor to the Infant of Prague Church in Jacksonville, NC. He became pastor of Sacred Heart in 1997 and Pastor Emeritus after his retirement in 2005.
- contributed by W. Anderson 2005, edited Jan. 2022.

Bishop Luis elected to formally begin the Diocese of Raleigh’s synodal journey during the week of Christmas by launching an online survey, which will be followed by in-person listening sessions throughout the diocese. He explained, “Christmas is a time in which God sent his Son to be among us. God himself was looking to listen to us and be a part of our history and help us in our journey.” 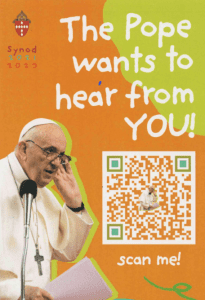 The steps taken by Bishop Luis follow the Holy Father’s recent announcement of a two-year process of preparation for the 2023 XVI Ordinary General Assembly of the Synod of Bishops, under the guiding title, “For a Synodal Church: Communion, Participation and Mission.”

Each parish is receiving a shipment of prayer cards and posters, which include the Synod Prayer along with a QR code to access the survey directly. Everyone in the diocese, including those no longer affiliated with the Church, those from other faiths, or no particular faith, are invited to provide their thoughts regarding Communion, Participation and Mission in the Church.

This web-based electronic questionnaire will be used to gather information and to issue randomly selected invitations to those also open to attending in-person listening and dialogue sessions in early 2022. 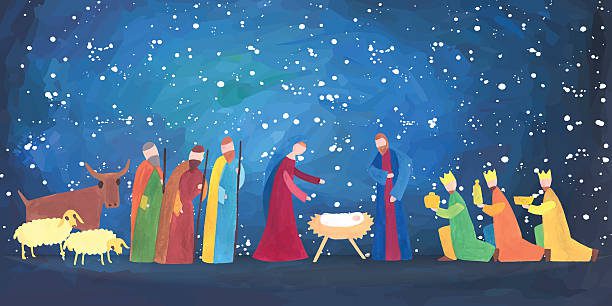 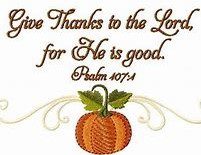 NOV. 12 * The Legion of Mary is the largest apostolic organization of lay people in the Catholic Church, with over 3 million members worldwide. It was founded by Servant of God, Frank Duff in Dublin, Ireland in 1921 and has been active in the United States since 1931.

The main purpose of the Legion of Mary is to give glory to God through the personal sanctification of members, who strive to imitate the virtues of Our Lady and seek to become instruments of the Holy Spirit in the community through a balanced program of prayer and service.

For more information about starting a Legion of Mary here at Sacred Heart Church; please join us Friday, November 12, 2021, at 10:00 a.m., in the large conference room.

Please share with as many people as you can!

The Knights of Columbus will be hosting a dance that is raising money to make Christmas more festive for Active Duty Families who are stationed at Camp LeJeune and the Jacksonville area. Proceeds from the dance will be used by the USO to provide groceries for these families at Christmas time.

Mike's Garage Band and Carolina Mix  will provide music for your listening and dancing pleasure at the St. James Community Center on Wednesday, November 10, 2021 from 6pm to 10pm.

The cost for the dance will be $20 per person. A limited number of reserved VIP tables for eight are available for $260.  Contact Joe Volpe at jvolpe21@gmail.com for more information on the VIP tables.

So buy your tickets, bring your own adult beverages and snacks, and have a great night out supporting Active Duty families!